Bilge Plugs Can Cause a Disaster

My brother-in-law and I decided to spend a day on the water looking for bass.  We chose Lake

Nacimiento in San Luis Obispo County in California for the excursion.  Boots towed the boat behind his truck.  I navigated.  We picked a weekday because weekenders and folks with kids weren’t likely to be on the lake.  As it turned out, we had the lake to ourselves.  That didn’t mean that the day on the lake would be easy.

So early in the morning, at least for my brother-in-law, we started to the lake.  The first stop was to pick up the boat.  Halfway to the storage yard, I realized that I forgot the pin for the folding tongue 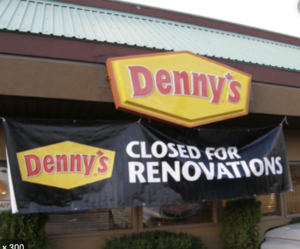 on the boat trailer.  So, we retraced our steps.  Once the boat was hitched, we decided to get breakfast.  Actually, it was really more like brunch.  At any rate, we drove around a popular restaurant  that never closes.  We circled a few times to find a spot big enough for truck and trailer.  Eventually, we parked and walked to the restaurant.  We had not noticed the closed sign as we circled the place.  No breakfast/brunch.  So back to the truck and back on the road.

The closed “always open” restaurant predictioned of the kind of day we were going to have.  After a nice, 90 minute ride through foothill, backroads we arrived at the lake anticipating launching at a gated community launch ramp where I happen to own property.  There were two gates.  We chose the wrong one.  So, we had to wind through the whole community to the other gate.  At the second gate, we were told that we would have to have a “zebra mussel inspection” before we could launch.  I knew this so I had everything in order for the inspection.  Being a cautious person, I carry a photo copy of my boat registration in case it gets wet.  The inspection station would not accept the photo copy.  Discouraged and not a little frustrated, I went to a back to the boat to check a bag I had thrown.  Thankfully, there was the original insurance!

I went back to the guard shack and was told that because I was not living in the community I could not launch my boat.  After some tense conversation, I found out that I could pay a launch fee on top of 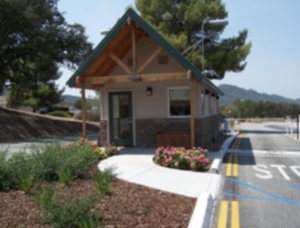 the zebra mussel inspection fee.  So, I gladly said I would pay the fee.  But ….. I emphasize but…. we could only pay with cash.   Yes, its true, between us we were $10 short on the total of the two fees.  But…. again I emphasize but… we  were told that there was an ATM at the first check point.  We got back in the truck, hauling the boat, and wound around to the first check point.  We found the ATM, got cash, and wound around back to the other check point.  Because we were zebra mussel free, we paid the fees and headed for the launch ramp.

Boots is a skilled driver so the launch went smoothly.  Once off the trailer, I tied the boat to the dock and waited as he parked the truck and trailer and walked back to the dock.  The day was beautiful.

We were free of zebra mussels. And although we hadn’t eaten yet, the boat was in the water.  I started the motor.  When Boots arrived, we pushed off.  It took about 15 minutes to leave the dock once the boat was in the water.  We had food for a late brunch, fishing tackle, cold drinks.  We were off for a day of fishing.  Closed restaurants, zebra mussel inspections and trips to the ATM didn’t matter anymore.  We were on the water.

Close to shore, moorings or docks, speed is usually restricted.  So, we moved out to the open lake at 5 mph.  Even at that speed, the boat seemed odd – it handled, well, like a boat.  At we accelerated to cruising speed, it dawned on me. I had forgotten, in all the confusion at the registration office, to put in the bilge plug.  The boat had been filling with water since coming off the trailer.  I turned around giving more throttle and headed back to the dock.  Fortunately, no more water could come in while the boat was in motion.  Narrowly missing a few recently launched boats, I installed the bilge plug while Boots retrieved the trailer.  We pulled the boat onto the trailer, took out the recently installed bilge plug, drained the water, relaunched the boat and, once again, headed out across the calm lake.  Oh yeah, we reinstalled the bilge plug before we relaunched the boat.

Once on the lake, we had a fantastic day.  I won’t mention the bilge pump that wouldn’t work.  Eventually, the trim control began working smoothly so the motor didn’t rise too far and cavitate.   I certainly don’t think anyone needs to know about the 45 minutes it took to get a fishing license at the local marina because the computer was slow.  Because the lake was like glass, we were able to get the boat up to 48 mph.  We cruised from the dam at one end of the lake through the narrows at the other end.  We trolled for several hours.  Boots got one massive hit, but his line broke.  Most likely, it broke for one of two reasons.  Either the fish was pretty big or the line was almost as old as us.  I prefer the latter explanation.  Realizing we hadn’t eaten, we pulled onto the shore on a beach in a narrow part of the lake.  We made ham and turkey sandwiches with chips and cold drinks.  Some visitors came down to the lake to drink.  Boots shared part of his sandwich with them.

All my life, I have checked everything from gas to life preservers before heading out in a boat.  Except this time.  A tiny, forgotten bilge plug almost sank my boat and wrecked our day.  Next time, we’ll have breakfast before we leave.  We’ll carry cash.  I will install the bilge plug before hitching the trailer to the truck.  We can’t wait for another day on the lake with friends dropping by for lunch.

Always remember,  in life, never launch until you check your bilge plug.