Fisheries have a catch and release policy to maintain fish stocks.

Catch and release helps the natural fish population continue to breed.  Healthy fish populations are important for lots of reasons.  They provide fun for  fisherman.  They are part of the local eco system.  They are a food for other animals.   Fisherman release fish to maintain the local population.

The first official catch and release plan, in the early  ’50s, helped reduce the budget for fish hatcheries.  This was a new concept.  The primary target was trout.  People learned to fish for fun, not necessarily for food.

Catch and Release has been studied over the years

Many factors determine the success of Catch and Release.  Hardier species, like Muskie and Pike,  have the best chance of survival.  These fish are prized more for sport than taste.  Trout are more delicate and more difficult to release successfully.

The Ontario Ministry of Natural Resources indicates that fish hooked in deep water have less the chance to survive.  The struggle combined with the change in air pressure is decreases survival.  Shallow water fishing produces the most successful Catch and Release.

Barbless hooks create less trauma and are easily removed.  Circle hooks improve survival because they are not as easy to swallow.  Netting fish is discouraged.  A cradle net is the safest particularly for large fish if necessary.  Artificial bait is recommended.  Natural baits are easier to swallow.

Here are some tips for successful Catch and Release Fishing from the Ontario MNR.

Fishing seasons conserve fish.  Seasons are determined by spawning patterns.  They allow a fish population to rest.  Seasons prevent over fishing. The province of Ontario now has an “Intent” fishing law.  If you are caught with equipment that shows you intend to fish for an out of season species, you can be charged.

Catch and Release has been proved for more than half a century.  In some places, the policy is regulation.  Most fishermen voluntarily support the fish population through Catch and Release.

Know your local seasons.  Know you local catch and release policy. And know your catch limits.  If we all do this and obey all fishing regulations, we’ll be able to Keep on Fishin’! 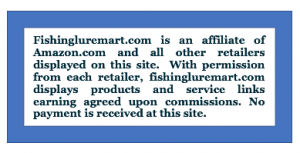